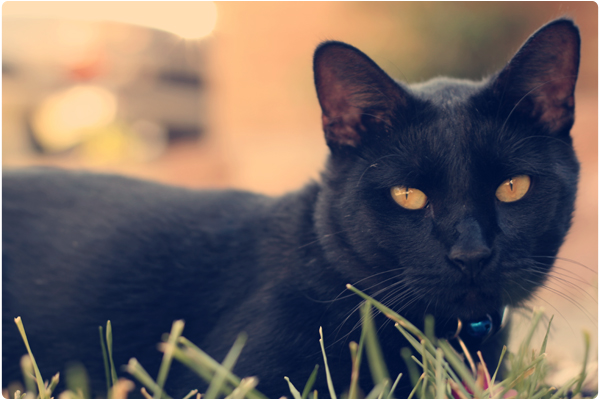 One day back in November, 2008 Mark and I were in the parking lot of the local public library when a little black cat came up to us. He seemed so friendly and unlike any stray cat we had encountered. He waited for us outside and followed us back to our car. When Mark opened the backseat door to put in our library books and DVDs, the little black cat just hopped right in our car. We took it as a sign that he needed to come home with us. I was convinced that he had a family, but since he didn’t have a collar and no one responded to our Found Cat posts, we became his family along with our cats Toby and Lola. 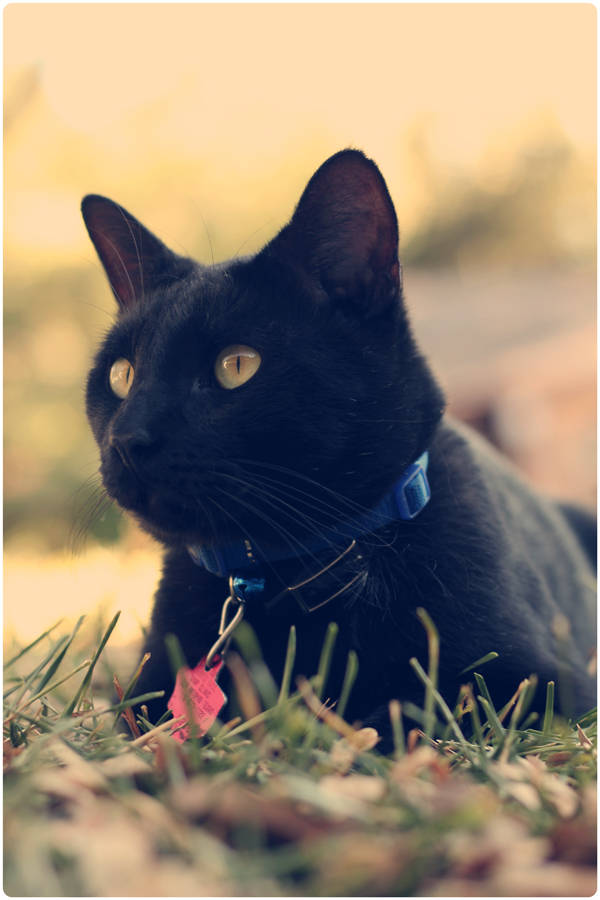 He was even sweeter than he looks!

I first noticed signs of Otis’ sickness yesterday morning when he didn’t want to get out of his bed. Then the problem quickly escalated and we rushed him to a 24 hour Animal Hospital. The details were complicated, but in the end we had to make one of the most difficult decisions we’ve faced. We said our goodbyes and took his blue collar and bell as a memento. It’s hard to believe it all happened so quickly, but we were just grateful to have had the opportunity to take care of him for over two years. We know we gave him a better life than many strays. My compassion may have started with family pets, but it quickly spread to all animals. Compassion can be expressed in so many ways, but caring for a little lost cat was very meaningful to us. We love you Otis.