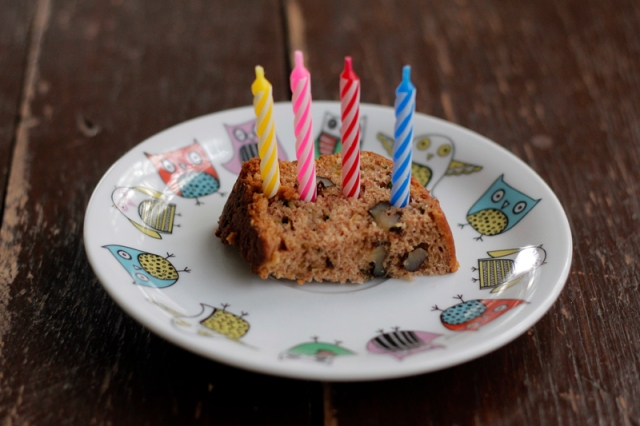 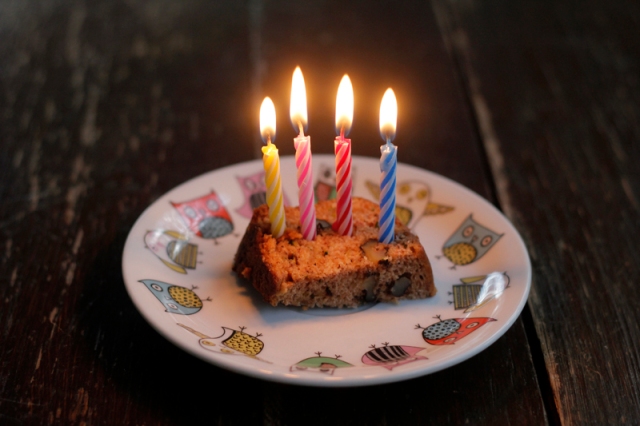 I would have baked a vegan anniversary cake, but why go to the trouble when I have delicious Vegan Zucchini Banana Bread left over? Apologies to my friend Karl, who missed out on this zucchini banana bread after band practice yesterday. I forget it needs extra time in the oven, but it’s worth the wait. I’ll make it for you next time Karl. Oh, time to blow out my candles! 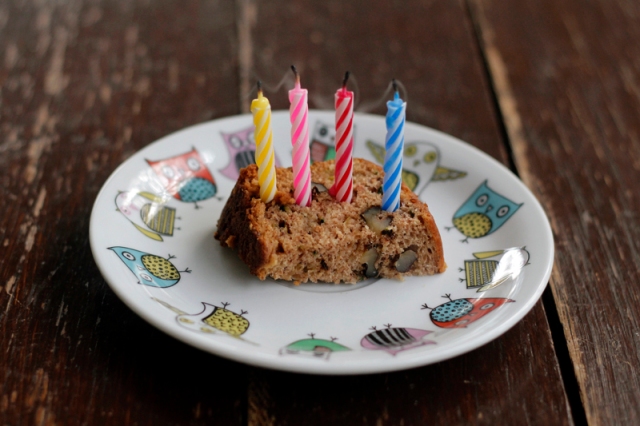 I would tell you what I wished for, but then it wouldn’t come true! I thought this post would be about reflecting on the past, but I’m much more excited about my future. We’ve been making great progress on our current documentary film following the late artist Chuck Ramirez. This film has been a long time coming and we’re so thrilled to be in production. 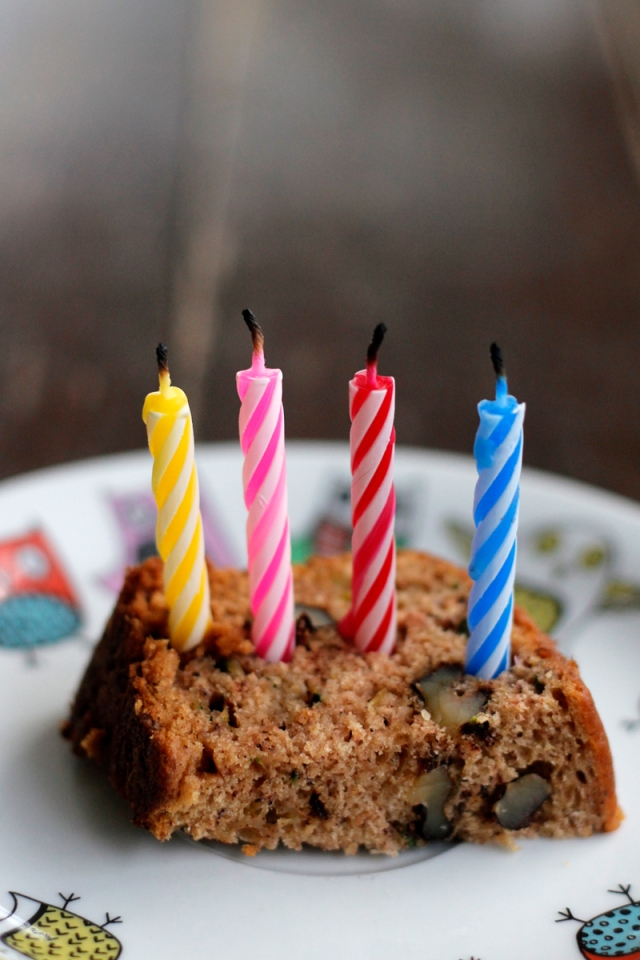 We are taking the rest of the year to focus on completing this film, so I’ve decided to put my blog on hiatus. I’ve really enjoyed bringing you vegan recipes and restaurant reviews each Monday. I’ve also appreciated all the positive feedback I’ve received from family, friends, and all you sweet bloggers out there! I’m not sure how long I’ll be on hiatus and I might drop in to share a recipe now and then. This is no time for goodbyes, just a “see you later!”

2 Responses to My 4 Year Blogging Anniversary!